Not really too much to report this week in terms of production. Something came up this week and it really took all of my attention outside of work and freelance projects. It’s a pretty big announcement so I will get it shared once I can.

It’s been a crazy summer so far with all of the con travel for screenings, panels and getting engaged that I am really looking forward to putting in some serious hours on Cosmic Rage soon. I have a ton of things I want to try out and explore. I really appreciate everyone’s patience with this. I owe you all a serious video update when things calm down a bit.

Thank you for stopping by and don’t forget you can support Cosmic Rage on Patreon!

It’s been a week since AnimeFest wrapped up and I had an amazing time at the convention. AnimeFest felt like a completely different convention and I mean that in a great way. The con felt like it was an artist based con. I went to panels that ranged from figure photography, digital painting, 3D modeling and indy comics. This was outside of my panel and screening of Cosmic Rage. I met some very talented artists and I feel that AnimeFest is going to be a convention that I hit up every year regardless if I have a screening or not of Cosmic Rage. I really can’t say enough good things about AnimeFest, just an absolute great time. The environment of downtown Dallas was fantastic as well, so much artwork and a great place to go Pokemon hunting too.

There were a couple panels at AnimeFest that had Japanese animators doing some live drawing while answering questions that I found really entertaining. There was a round of “hot potato” drawing in which all of the artists would work on a drawing and a moderator would tell the artists to switch drawings. The results were hilarious. I even got to meet Erica Mendez, the voice actress for Ryuko from Kill La Kill. If you are looking for a new con to hit up in 2017, give AnimeFest a look.

Back into production items! My e-book is still at the editor getting combed through for consistency and type. I had a couple art revisions to make as well. I am aiming for this weekend to go through the process of actually getting it into the iBooks store. That is my fault on the hold up, I noticed some art issues that I was late getting to.

I am also going to be looking into Steam. One of the AnimeFest attendees that came to my Cosmic Rage screening suggested that I look into that and it is something I overlooked since I don’t use Steam. I will have to keep you all posted on this front since I am not sure of their platform and submission process.

This week I am aiming to take another look at the second episode script and double check it for consistency and make sure it is looking good before I start diving into storyboards.

Thanks for stopping by! Hoping to have another review up again later this week and getting back on track posting clips to Facebook and Instagram.

AnimeFest is quickly approaching, so this week I will be putting the final preparations on my travel plans before hitting the road to Dallas, Texas! I have two panels scheduled for the convention, one is the History of CGI in Anime and the other is of course, a screening of Cosmic Rage. This will also be my first time at AnimeFest so I am very excited to check out a new convention and see what it has to offer as well as meeting so many new people too. I will have a follow up to AnimeFest next week when I get back from the event.

As for production news, the e-book is mostly done. I am sending it to an editor this week for one final pass before I get it submitted into the iBooks store so that should be coming soon. I got my final pages designed for it and just need to do one final run through on my end, probably tomorrow, before it goes to the editor. I got a little sidetracked this weekend with some life stuff, this house hunting business is not for the feint of heart. Quick sidetone though, school is all done and I am good to go on that front, I just need to file for graduation.

I am looking at another freelance project this summer yet too. The funds for this project would go to get me a new tablet for my setup. I am looking at getting a Cintiq so I can get back to more frame by frame animation in the second episode. Lots of good stuff going on. Stay tuned for more!

Don’t forget, you can support the project on Patreon! 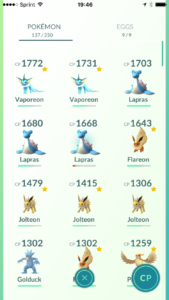 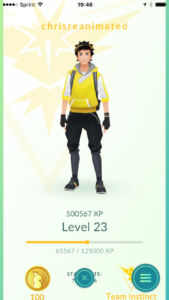 This past week I spent some time catching up on some life stuff that piled up a little bit. The reward for sacrificing the week to do that is reaping some early benefits. I was able to dive into the e-book and started polishing it up to get it ready for a release. There will probably be about another day of work in the e-book before it will be ready to submit to the store. I want to go through it one more time and make sure the text, audio and everything is consistent with the first episode. I also have one more page to design. It is a very exciting time to get this released into the store. Once the e-book makes it’s way into the store, it will close the chapter (no pun intended) on the first volume and allow me to completely transition into the second episode.

That’s not all! I will also be packing and preparing for AnimeFest in Texas since it is less than two weeks away! This will be another “first” for me, since I have never been to an AnimeFest before. I am looking forward to meeting so many new people and seeing what the convention has to offer.

One last note. This is my last week for my summer class as well. I’ll be spending one night this week wrapping up my final assignment and one night working on some freelance work as well. I am going to be jumping back into getting more content up this week as well.